Light Moves, Ireland’s festival of dance on film, is back for its third year, with a programme that showcases beautiful, thought-provoking and cutting-edge new work in Limerick venues 3rd-6th November.

The festival is an opportunity for audiences both local and international to watch, learn, film, compose, dance, discuss and participate. The programme includes Irish and world premieres, performances, installations, workshops, labs and talks from leading artists and thinkers from across the world. The festival includes a special focus on work from Ireland, a participatory project for older people and screenings for audiences aged 4+.

Details were announced at Dance Limerick on Tuesday 13th September by festival curators Mary Wycherley and Jürgen Simpson, who were joined by special guest Professor Mel Mercier, Chair of Performing Arts at the Irish World Academy of Music and Dance, to officially launch the programme.

Mary Wycherley and Jürgen Simpson said: “We invite you to delve into the rich diversity, boldness and vibrancy of screendance; film experienced through the lens of movement and choreography.”

Light Moves will take place in locations across Limerick, including Dance Limerick’s home in John’s Square at the historic old St John’s Church, the Belltable on O’Connell Street and Limerick City Gallery of Art at Pery Square.

The festival is produced by Dance Limerick in partnership with DMARC (Digital Media and Arts Research Centre) at the University of Limerick.

Jonathan Burrows and Matteo Fargion will show a selection of their 52 Portraits, a year-long online project with Hugo Glendinning, in which a new short filmed portrait of a different dancer is released every Monday though 2016. The project is produced by Sadler’s Wells Theatre London and has had a total audience so far of 23,500 across 100 countries.  Burrows and Fargion will also give a live performance of their Venice Biennale commission Body Not Fit For Purpose.

Programmers are delighted to be showing two films by Tacita Dean, Featured Artist at this year’s festival.  Dean, OBE, is one of the most influential artists of her generation. She has been shortlisted for the Turner Prize and her current work includes her film Portraits with David Hockney.

With three feature-length screenings at the Belltable, the festival invites audiences to experience the choreography inherent in three extraordinary award-winning films through the lens of screendance: Terrence Malick’s To The Wonder (starring Ben Affleck), Milky Way from Benedek Fliegauf and Michelangelo Frammartino‘s Le Quattro Volte.

The Keynote Address will be given by Festival Guest Dr Laura U. Marks. Marks, of Simon Fraser University, Vancouver, works on the media arts of the Arab and Muslim world and intercultural perspectives on new media.  Her address will be entitled “Suwar fil Sarayan – Figures in Flow”.  Dr Erin Brannigan of the University of New South Wales and founding Director of ReelDance will be another a Festival Guest, talking about “Intermedial Composition: Dance and the Contemporary Arts.”

Invited works will include Passage from Shirin Neshat. The films of this renowned Iranian-born artist explore the culture of Islam, especially the condition of women in that world.  In Passage, a group of men carry a body wrapped in white cloth across a beach; in the distance, a group of women veiled in black chadors dig a grave with their hands, while a child arranges a circle of stones.  These enigmatic scenes, set to a haunting score by Philip Glass, were inspired by the Israeli-Palestinian conflict. Another invited work is For Maynard, a cinematic rendition of Simon Whitehead’s live performance work Studies for Maynard, directed by Tanya Syed, an artist filmmaker whose work explores performance, gesture, ritual and androgyny. In Shelly Love’s Betwixt and Between, the award winning artist and director uses 18th century ladies’ portraiture as inspiration, exploring the choreography of glances and small gestures, working with a Lady Sitter and a stuffed dog.

Short films from across the globe will offer topics including a supernatural thriller, a B-boy’s adventure, Tarot theories and women cycling round the Aran Islands.  This year, Light Moves pays particular attention to screendance in Ireland, especially as 2016 is an important year in Irish commemoration. Proclamation from Jason Akira Somma and John Scott presents fragments of Patrick Pearse’s Proclamation in a dreamscape of water, reflecting on the migrant crisis. Ingrid Nachstern will present Freedom – To Go! a commentary on present day America, in verse form. Vivienne Dick‘s Red Moon Rising is a journey, “towards a renewal of our embodiment with the Earth through dance, performance and the spoken word.” The shorts programmes will also feature new works from students, and a strand of films in black and white.

Limerick City Gallery of Art (LCGA) will be home to the screenings from visual artist Tacita Dean and will also exhibit works from the ground-breaking 24 Frames Per Second project developed by Sydney-based contemporary multi-arts centre Carriageworks. These works will include The Fourth Notebook, which takes Nijinsky’s letter “To mankind” as the score for new choreography by London-based dancer Banjamin Ord. Other installations at the Gallery will include Lift, Carry, Hold by Douglas Rosenberg, in which Rosenberg invites participants to allow him to lift and hold them for as long as his strength allows.

The Light Moves Symposium, along with Laura U Mark’s Keynote Address and Burrows and Fargion’s presentation of 52 Portraits, will include presentations on topics as diverse as politics, mortality, outer space and flamenco in an exploration of the nature of identity in screendance, film, dance and media, and their relationships to wider fields of study.

The two day Light Moves Screendance Lab will be an opportunity to explore ideas and create new work, led by Shelly Love (Betwixt and Between) and composer Michael Fleming, whose work for TV and film has been showcased nationally and internationally.

Indicative of the fact that programmers Wycherley and Simpson have created a home in Limerick for international sceendance, the festival will host the launch of the publication of The Oxford Handbook of Screendance Studies, edited by Douglas Rosenberg.  The arrival of this volume is a watershed moment marking the full institutional recognition of the field.

Light Moves is also delighted to be presenting a selection of the best new short films for children from around the world. With stories about cool cats, singing chicks, talking mushrooms and bright ideas, there’s something for everyone in this collection of short animated and live-action films. The programme, entitled Short Tales, is presented in association with IFI Family Festival 2016.

For older people, there will be a Dance And Filmmaking Workshop For People Aged 50+ with choreographer Philippa Donnellan, Director of CoisCéim BROADREACH, the access participation strand of CoisCéim Dance Theatre, and filmmaker Mary Wycherley, curator of Light Moves and Dance Artist-in-Residence in Limerick. Taking place 21st October, this workshop will give participants the opportunity to direct and perform in their own dance films.

At the end of the festival, the Light Moves 2016 Festival Awards will be presented for works submitted via the Open Call that demonstrate particular artistic excellence in their exploration of screendance.

Light Moves is funded by the Arts Council, Limerick City and County Council and the JP McManus Fund.

Light Moves Festival Passes and Tickets are available here or from Dance Limerick, 1-2 John’s Square, Limerick (cash/cheque only)
Tickets to feature films and the family film are available from the Belltable, 69 O’Connell St (061) 953400 / www.limetreetheatre.ie

Some events are free, single sessions cost €5, feature films and the family film are €7/€5, a full festival pass costs €60/50, as does the Screendance Lab. For details see the booking page
See you in November!
ENDS 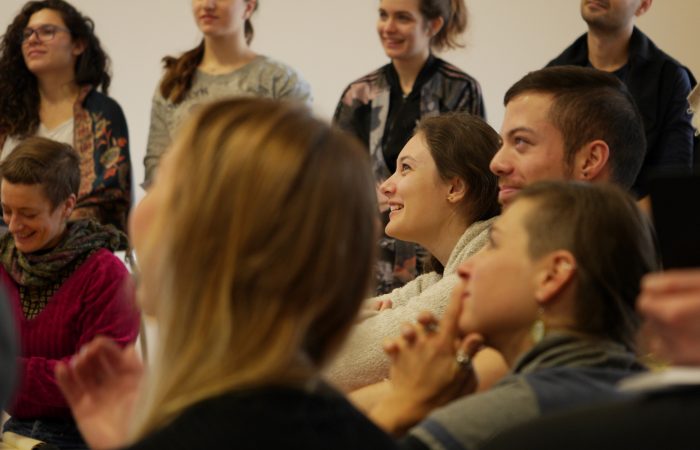 Read more
We use cookies on our website to give you the most relevant experience by remembering your preferences and repeat visits. By clicking “Accept All”, you consent to the use of ALL the cookies. However, you may visit "Cookie Settings" to provide a controlled consent.
Cookie SettingsAccept All
Manage consent